It is our pleasure to announce that 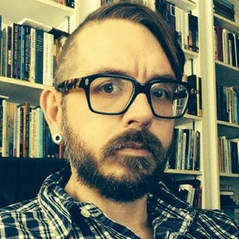 Bryce Huebner has been named a Provost’s Distinguished Associate Professor.

This honor recognizes Bryce’s contributions to both the expansion of knowledge through research and the mentoring of students. All of us in the Philosophy Department know how much Bryce gives to his students and colleagues.

Bryce has an extraordinary publication record for someone so early in his career. He published his monograph, Macrocognition, with Oxford Univ. Press in 2013. He has recently edited a volume (also with Oxford) on The Philosophy of Daniel Dennett. He has co-edited a special issue of Philosophical Psychology. He has published 33 regular articles, 7 shorter articles, and 9 book reviews. Just in sheer volume, this is an extraordinary output for a philosopher. Bryce is also a much sought-after speaker. He has delivered 18 refereed research presentations and another 36 invited presentations. What’s more, Bryce’s presentations have crossed the globe: not just the USA, but Canada, Mexico, the UK, the Netherlands, Germany, Latvia, Italy, Greece, and Lebanon.
Bryce has published at this torrid rate while carrying a significant service burden, to the Philosophy Dept., the University, and the profession. He has served as Director of Graduate Studies in the Philosophy Dept., has served on the University’s internal grants evaluation committee, as well as evaluating grant proposals for the NSF and performing tenure reviews for other departments.

Bryce is also heavily involved in mentoring graduate students. He serves as mentor for four students’ theses and as a reader on several other committees. The means that he is involved, in one form or another, in about ⅓ of the doctoral committees in the Department.

Congratulations to Bryce on this well-deserved honor.